I flew to Cape Town to teach students web development, but by the time I returned, I had achieved so much more. Besides teaching college students how to build web applications, I helped build and launch an education startup, built close friendships with more than fifty people, scaled mountains across two oceans at once, taught Bhangra classes, and discovered a city as beautiful as San Francisco (a feat I never thought possible).

In an era of low attention spans, I realize this post is on the lengthier side — but the journey I went on was filled with so many incredible experiences, I just couldn't condense it any further. So come along, dear reader, and fly with me to the southern tip of the Earth...

Home Away from Home

My first experience after landing in Cape Town was filled with smiles. Waiting for me just outside the gates were the open arms of Alexis Gillis, the COO of iXperience, who I can only describe as the epitome of positivity. Accompanying her was the leader of the pack — Aaron Fuchs, CEO of iXperience. His friendly smile was one I was familiar with from Skype conversations, but the warmth of his company was something that could only be experienced in person. Their welcoming vibe and positive attitudes were infectious. I could already sense I had come to the right place.

I checked into my room that afternoon, and to my surprise, I was staying at a hostel along with the rest of the students. I wasn't sure how to feel about this; the idea of being closer to my students was compelling, but a part of me worried about how I would fare without the comfort of my own apartment. Later, I would realize that I only ever had time to use my room for sleeping — throughout the day, I was far too busy living.

My first morning in Cape Town began at 6AM. Darren Kramer, the CFO of iXperience, had decided we needed to start our day early. Until then, my concept of "early" had been pretty much anytime before 10AM. I was in a new world though, and was open to new experiences. Our day began with a morning run along the beach. The views were spectacular, especially as the sunrise slowly began to color the skies. Seeing such natural beauty reminded me of San Francisco's scenic landscapes — in that sense, I already felt right at home.

After an exhilarating run, we stopped for breakfast and coffee at a local cafe. The staff there was incredibly welcoming — something I would find throughout the city. The design and decor of the place was indicative of a town that won the title of World Design Capital in 2014. The real thrill of the morning, however, was Darren's company. His energy and excitement for the journey we were about to embark on was incredibly infectious. I was pumped.

Later that day, I met Rafi Khan, my teaching assistant for the first session. It became clear within minutes that he was intent on helping me build the most successful course ever taught. We weren't just going to teach, we were going to be the best teachers we could possibly be. I was thrilled to have someone alongside me who believed in our mission so passionately. As I sat at a coffee table near our hostel with Rafi and Aaron, I felt as if I was part of a team building a new startup. My past entrepreneurial instincts kicked in. Before I knew it, I was pulling late nights, losing sleep, and loving every minute of it.

I had been given full autonomy to design the entire curriculum — Aaron and their team had full confidence in us to build it however we saw fit. This inspired a lot of confidence in me, but simultaneously scared the hell out of me. I had taught many times before, but always with an existing curriculum. To build an entirely new month-long course from scratch was a daunting challenge.

I had started to develop the curriculum weeks prior to arrival, but ended up only building one week's worth of material. It turned out that my personal desire to strive for perfection led to me rewriting content almost endlessly. Initially, I suspected that this kind of approach would leave me in a solitary circle, with the rest of the team wondering why I wasn't producing more. Instead, I found that the entire iX team applied to same approach to everything they did — Rafi to the course assignments and exercises, Aaron to the building and furniture selections, Darren to the investments, and Alexis to pretty much everything that had anything to do with iX. I was not facing my challenge alone; rather, I was surrounded by peers of the highest calibre who each faced their own challenges with me. Together, we had a dream team, and we were shooting for the big leagues.

I began my first class with a lecture about my own past — my achievements, my failures, and my motivations for teaching. The students quickly resonated with the passion that we brought to the class. I almost couldn't believe how captive this audience was — they hung on to every word. I knew I had a special class for many reasons, but their attentiveness and excitement toward the class was inspiring. I felt compelled to up my game even further to match their dedication. This cycle of mutual inspiration would take both the teaching staff and the students to heights I never thought possible.

The format of each day included two lectures — morning and afternoon — but their project and assignment work continued throughout the day at the building we came to call "the house". Often, I would find myself returning to the house late at night, around 10pm or so, and students would be scattered throughout every crevice of the building. Some were working, some calling home, others relaxing and bonding — it really felt like a house filled with members of a family. The iX class was a true family in every sense of the word, and it was exhilarating to be a part of it each and every day.

The iXperience structure differed from all my past teaching endeavors in many ways, but the biggest one was the immersive nature of the program. I didn't just teach once or twice a week, I taught them twice a day, every single day, for an entire month. Outside of classes, we would get meals together, go dancing, go sight seeing, go hiking, and many more adventures through the iX excursions (special trips organized by iX to experience the culture and beauty of Cape Town). In the end, we spent more time with each other than I had ever spent with anyone else, including my own family and friends back home. It was surreal, and created a connection that few people in this world are lucky enough to make with one person, let alone an entire class.

I soon developed a rhythm for developing and evolving the content as I was teaching it. We would survey the students regularly to ask about what topics needed more attention, and we would review their struggles in homework and projects to evidence our hypothesis. Ultimately, we were able to apply agile development methodologies to the creation of our educational curriculum. While this seemed hectic and chaotic at first, I quickly realized it was an incredibly powerful way to curtail the curriculum to be exactly what the students needed, when they needed it. Essentially, the students were able to vote and decide on what they wanted to learn most — we had turned our school into a democracy of learning.

Furthermore, the flexibility allowed me to teach topics beyond the 'standard' curriculum — I taught lessons on design, entrepreneurship, testing, and even Bhangra (a form of Indian dance). I had never felt that kind of freedom in teaching before, and the students loved it.

The Prize of Pride

As the first session approached its end, students began working on their final projects. We created a structure where students self-formed groups and ideas for businesses, and were tasked with pitching their product and building a working prototype within one week. It was an incredible challenge, and a lot to ask of each student. It created an intense atmosphere of competitive yet collaborative productivity. Despite having no prizes, the house was full of students working on their projects every night until the building was locked down around midnight.

Eventually, the students were staying so late, they asked if they could lock up the building themselves — they simply did not want to lose the extra time to work. Despite all this, students would still show up on time for morning classes. Every day. I've never seen anything like that before — especially not in traditional academic institutions. More than anything else, the students' punctuality and passion was a testament to the unique level of motivation that is created by the iX atmosphere.

All of the intensity of project work built up to the final night — Presentation Night. Students and staff alike anxiously awaited the beginning of a night to celebrate the achievements of the class. Each group would be given a chance to present their projects, with the aide of slideshows and live demos. Despite having in-depth knowledge of each project (and the code behind it), I was pleasantly surprised by the quality, polish and professionalism of each presentation.

I still remember the moment as I sat beside Aaron — we were lucky enough to be the judging panel for the event — it was one of the best moments of my life. Sitting and watching the students present ideas and prototypes that could well be candidates for incubator funding was a treat I'll never forget.

I'm so incredibly proud of each and every student for pushing themselves so hard, and as a result, pushing me even harder. The projects they built sought to solve problems like HIV prevention, access to doctors online, prevention of exhaustion from electronics over-use, and lots more. These were special kinds with kind hearts that wanted to use technology to help the world — that is the kind of student that gets selected for iXperience.

As a final testament to how loving, appreciative and caring the staff and students are, I was lucky enough to receive an amazing tribute site as a goodbye gift from them. Words could not possibly describe how touching it was to see this, and if it wasn't clear before, it should now be evident that no form of compensation could even come close to the value of this gift. I will cherish it forever. 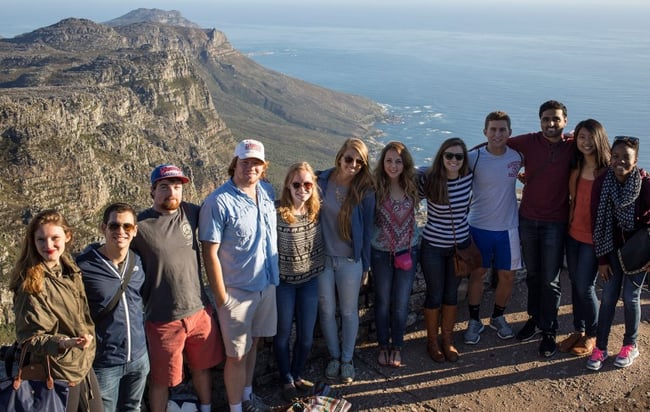 If you're a student, there is no other learning experience in the world like iXperience — if it is within your grasp, don't hesitate. If you're a teacher, you haven't really taught until you've spent all day every day with your students in an environment like iXperience. The ability to be there for them in and out of class leads to a much higher speed of learning, a much stronger connection, and a much tougher challenge that will help you grow leaps and bounds as a teacher, programmer, friend and entrepreneur.

If you've read this far, then your subconscious has likely already decided — you're going. Congrats! I'm jealous. It's worth noting that this (admittedly lengthy) post doesn't even touch upon the beauty of Cape Town — its culture, its nature, and its people. I will certainly be going back just for those simple joys, if not for another run of iXperience. If you're still unsure, take a vacation and visit. You won't regret it. Ask anyone who has been a part of iXperience, and you'll hear a similar story.

3 minute read
An Open Letter from our Teachers to Students 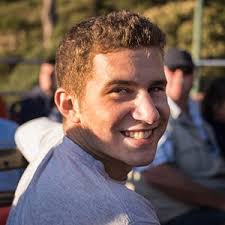 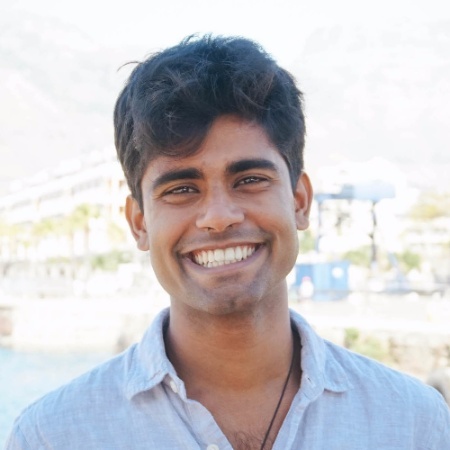