The Most Versatile Skill of the 21st Century: Data Science

Mix together proficiencies in coding, statistics and business analytics, and you have a fearsome arsenal of weapons which will grab the immediate attention of employers everywhere.

Modern technology has given us access to huge amounts of data, and with it has come the ability to extract useful information and use it in ways that before were impossible. These days, businesses are practically falling over one another to get their hands on a good data scientist. This has led to a near cult-following of data science in recent years.

So what is a data scientist?

In a nutshell, data scientists analyse huge sets of data and see patterns where others would see nothing. Over the past few years, the profession has been associated with a surprising amount of glamour – the Harvard Business Review referred to it as “the sexiest job of the 21st century.” But strip away all the hype, and you’ll see that data scientists are actually just normal people capable of good, logical thought, and a great analytical mindset. Data scientists are problem-solvers. 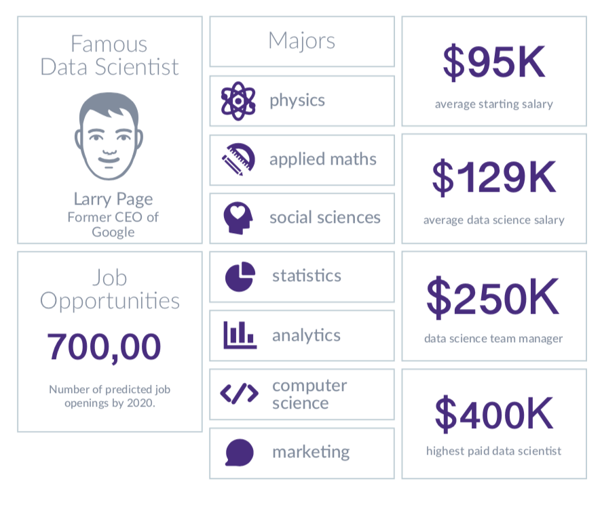 So the demand is quite high then?

Data scientists are the Waldos of the business world – everyone is scanning the market for one, but they are just so tricky to find. And even when you do find one, you’ve got to make sure it’s not some cheap-imitation statistician just wearing the same clothes. When consulting firm Accenture surveyed its clients on their big-data strategies in April 2014, more than 90 percent said they planned to hire more employees with expertise in data science — most within a year. This boom reached its peak back in ‘11, when job postings for data scientists saw a gobsmacking 15,000 percent increase (no, that is not a typo). So it’s hardly surprising that by 2018, LinkedIn reported that the demand for Data Scientists was off the charts, with America short 151,171 people with data science skills overall.

Wondering about other in-demand post-grad careers?
Cick here to download your free copy of the iXperience 2019 Career Guide 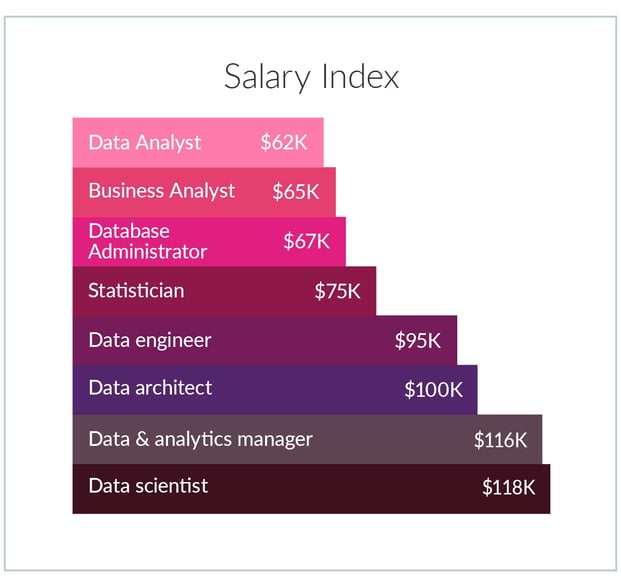 Okay sure, but how long is this data science “boom” going to last?

Good question. Some people have commitment issues when it comes to learning a whole programming language that might become out of date in a few years. But it doesn’t quite work like that. Brian Lange, a data scientist guru at Datascope, explains that while new and faster tools may be introduced, the need for people to wield them will not. It’s not simply a matter of finding the hammer and nails. It’s using them to build an epic treehouse fort that will leave your neighbors no choice but to bask in the glory of your magnificent DIY prowess.

People also tend to forget that a hugely important part of data science is communicating your findings to business management. Translating statistical analysis into a comprehensive business plan is crucial. This means temporarily descending into the realm of mortals and dumbing down your findings into simplistic pie charts and flashcards so that everyone can understand. Rest assured, data scientists aren’t going anywhere anytime soon.

So businesses will continue to need data scientists?

Yes, so long as there is data the field will continue to expand. A survey done by EMC showed that the prevalent belief is that the need for data scientists will only increase as they continue to open up new possibilities. In other words, discovering new data leads to discovering even more data. To better understand how this exponential growth curve works, simply whip out a pack of gum at school, and observe as the number of freeloaders around you duplicates within seconds. Another great thing about data science is that it’s so versatile, and it can bring value to practically any other field of research. Biological sciences, robotics, sociology, finance – all have a need for the interpretation of big data. See this brief list for a short summary of some great companies to work for.

What’s the best way to move up in the field?

A good start is to have a well-groomed beard, chequered shirt, plug earrings and an ambiguous tattoo that clearly has a story of self-discovery behind it.

From there, there are multiple paths. Some data scientists sit under the technology organization (more common for those in the big data space) and have a similar growth path as many engineers promoted into team management. Others work under business (similar to how traditional analytics is structured in enterprises) and may grow to management, ownership of solutions and products, etc. Promotion paths from this new field into Chief Analytics Officers (at least in large companies) aren’t typically seen, but many suspect they will come from the business side.

Data science isn't the only good post-grad career option.
Click here to download the ultimate Career Guide for the 21st Century and learn how to make an informed career decision.

Data science is one of the most important and versatile fields in our data-driven world. With demand projected to continue to outstrip supply, and at a current average salary of a whopping $129k. If you're an analytical person who enjoys problem-solving and thinking outside of the box, you simply can’t ignore this as a career option.

Want to accelerate your career in Data Science this summer? Click below to find out how you can learn from experts, intern with top firms, all while exploring an incredible city abroad: