Top 10 Things to Do on Your Berlin Travels

With iXperience launching a new course on Crypto & The Blockchain in the German capital, we take a look at what you can get up to in your down time.

1. Visit the grandfathers of communism 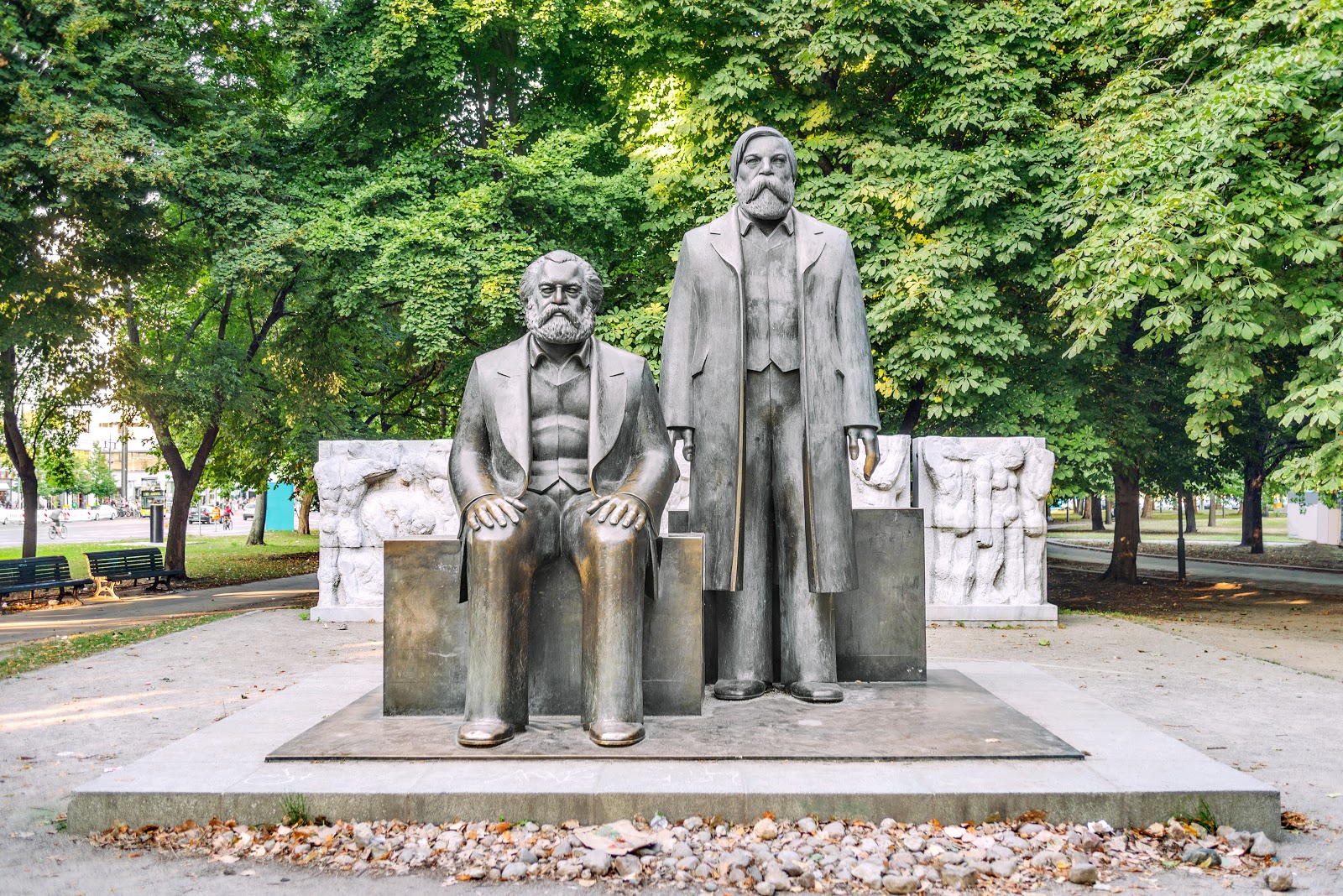 Ask any edgy Western millennial what their favourite hobbies are, and they will likely mention vine compilations, boba tea, and communism. In a public park in the central district of Berlin, stand the statues of Karl Marx and Friedrich Engels, the authors of the communist manifesto. Show your profound respect for the two most influential figures in the socialist movement by “grabbing a selfie with the guys who invented communism lol.”

2. Grunewald Forest and the Teufelsberg Tower 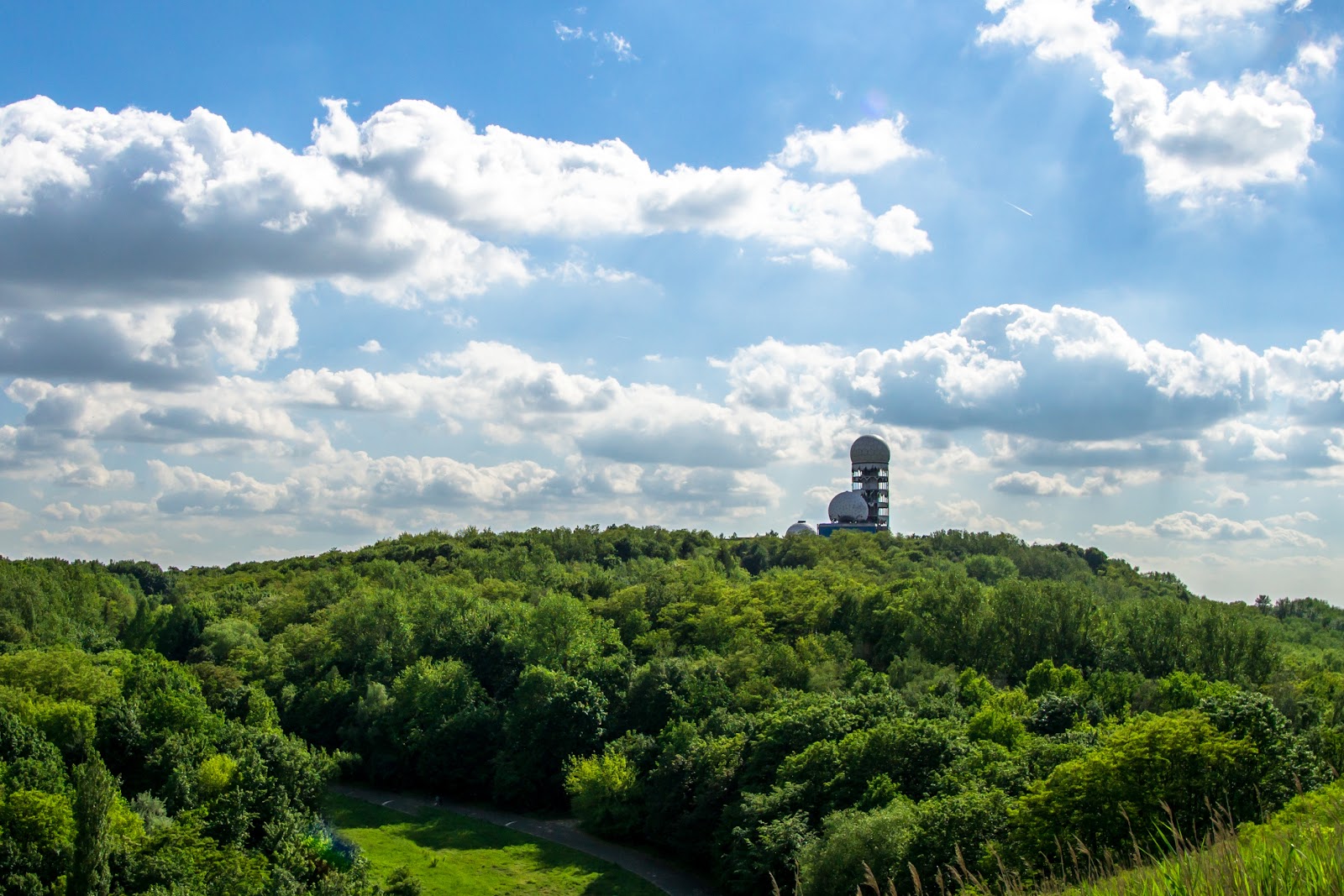 On the outskirts of Berlin is Grunewald forest, a 7400-acre expanse of green woodland punctuated by the occasional small lake. The 20th century environmental movement has left the forest relatively untouched by humans, with the exception of Teufelsberg – a man-made hill constructed from rubble. The rubble was actually dumped there by Allied forces after WW2 in order to bury an old military base which was proving impossible to demolish. The listening station that the US army built on top of the hill is a great vantage point from which you can catch some amazing panoramic views. 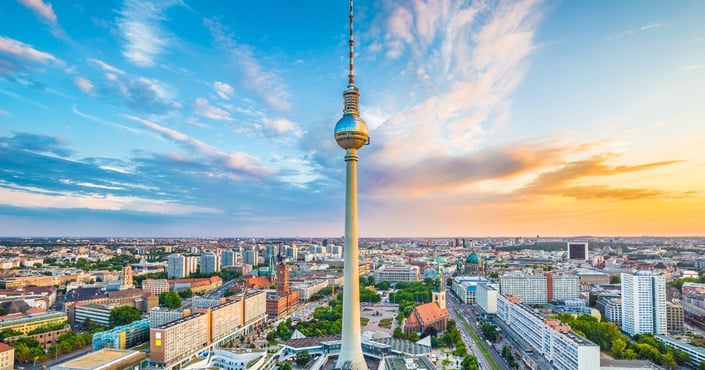 Berlin’s topography is almost identical to that of a pancake, so it’s very hard to miss the Fernsehturm television tower. As the tallest building in Germany (and the second tallest in the European Union), it’s certainly not a bad place to watch the sunset. The pièce de résistance? A revolving restaurant in the middle of the sphere, which completes one full revolution every 30 minutes. 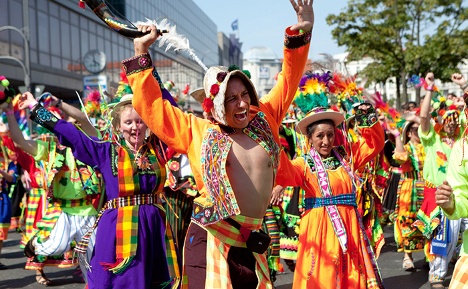 Once a year, on Pentecost Sunday, thousands of dancers and musicians from all walks of life take to the streets in opulent costumes, in proud celebration of a the city’s multiculturalism. The four-day festival features African drumming, Brazilian Samba, Chinese Dragon Dancing, stilt walkers, acrobats, magicians, and an abundance of currywurst street vendors. 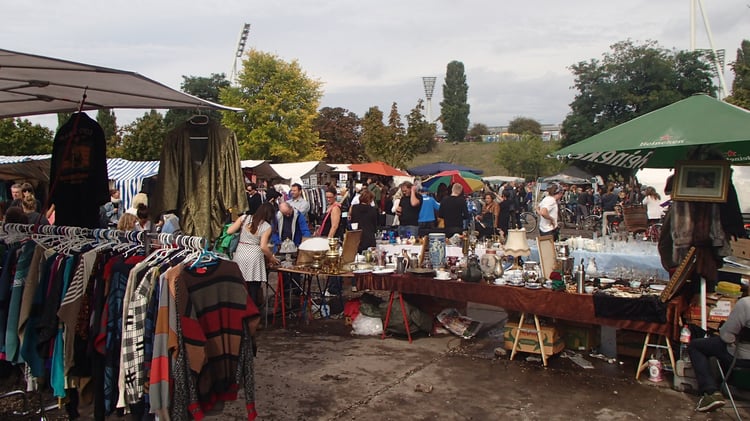 Once a week, the green expanse of Mauerpark comes to life with a pop-up flea market. This is a great place to do some souvenir shopping. Perhaps you’re looking for an edgy t-shirt. Or a cool necklace. Or, luggage allowance permitting, an authentic 19th century antique grand piano. Come view the arts, drink the crafts, and if you’re feeling brave, take part in the afternoon karaoke. There’s a plethora of delicious food options, and more currywurst. 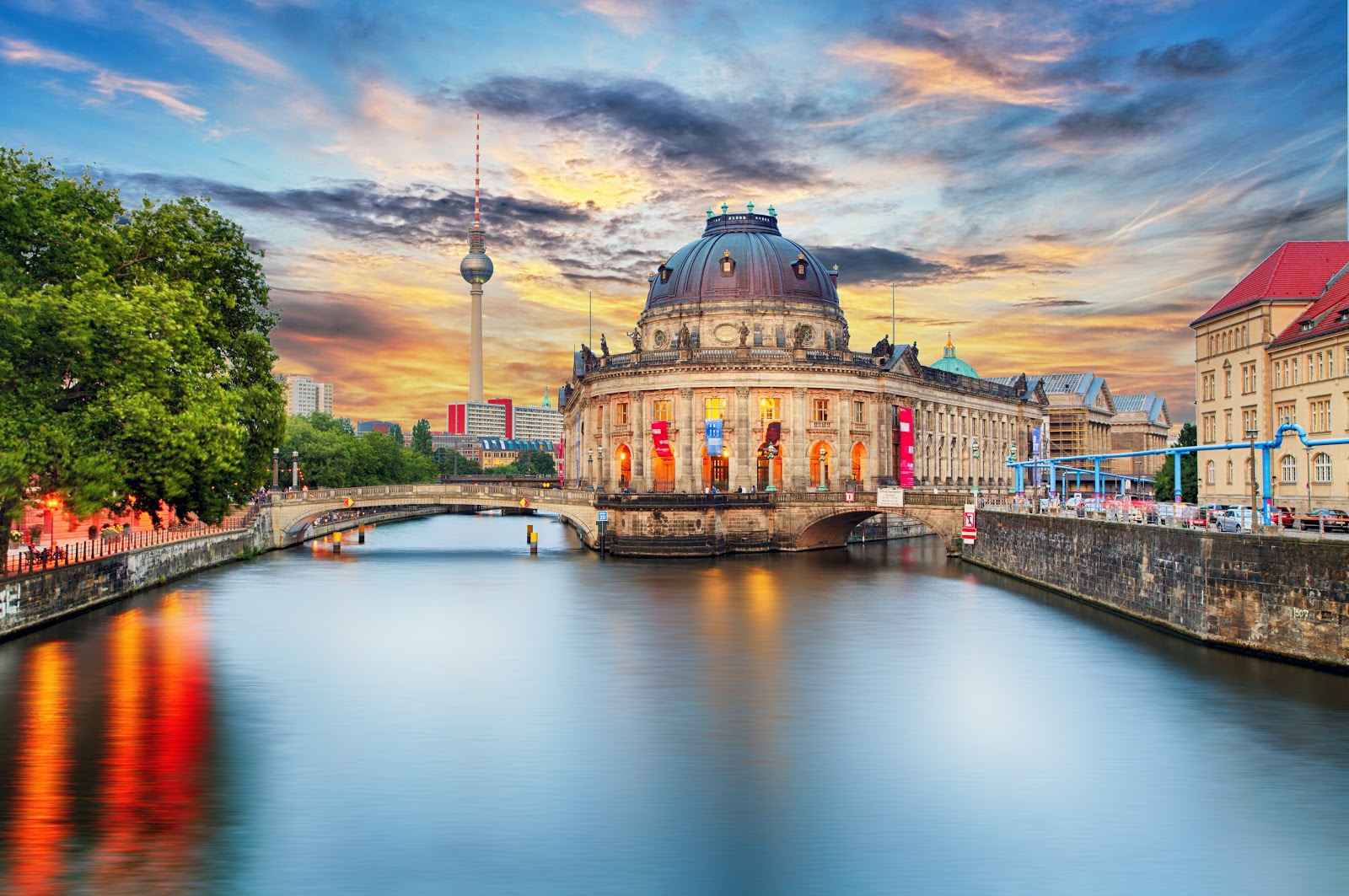 Knowledge is power. Tai Lopez teaches us this in his scriptures. Pictured above is Museum Island; an ensemble of 5 museums that is listed by UNESCO as a World Heritage Site. But Berlin has some 170 museums, and each contains a wealth of knowledge. Some unravel the city’s story, others showcase centuries of priceless art. Whether you want to stare down the bust of Nefertiti, or gaze pensively upon the world’s most complete brontosaurus skeleton, Berlin can certainly quench your thirst for knowledge.

7. Berlin has some rather nice buildings. 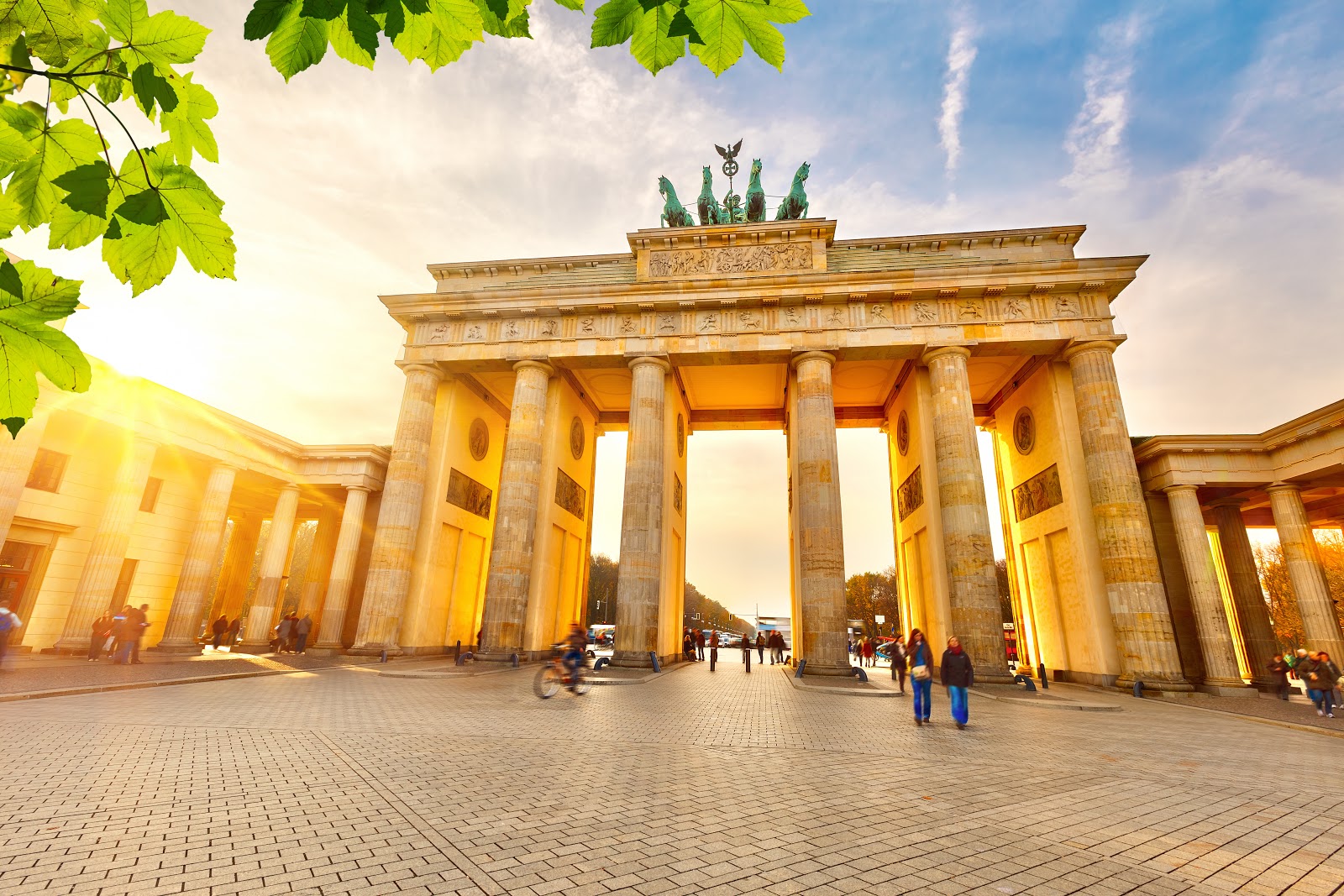 We could write a book on the architectural landmarks of the city – and perhaps we will – but for now we’ll have to condense centuries of breathtaking architectural feats into a single point on this list. Some places worth mentioning are the Charlottenburg palace, Berlin cathedral, Reichstag parliament building and the picturesque Oberbaumbrucke. Pictured above is the famous Brandenburg gate which, quite frankly, seems highly ineffective as a gate. But it cuts an imposing figure nevertheless. 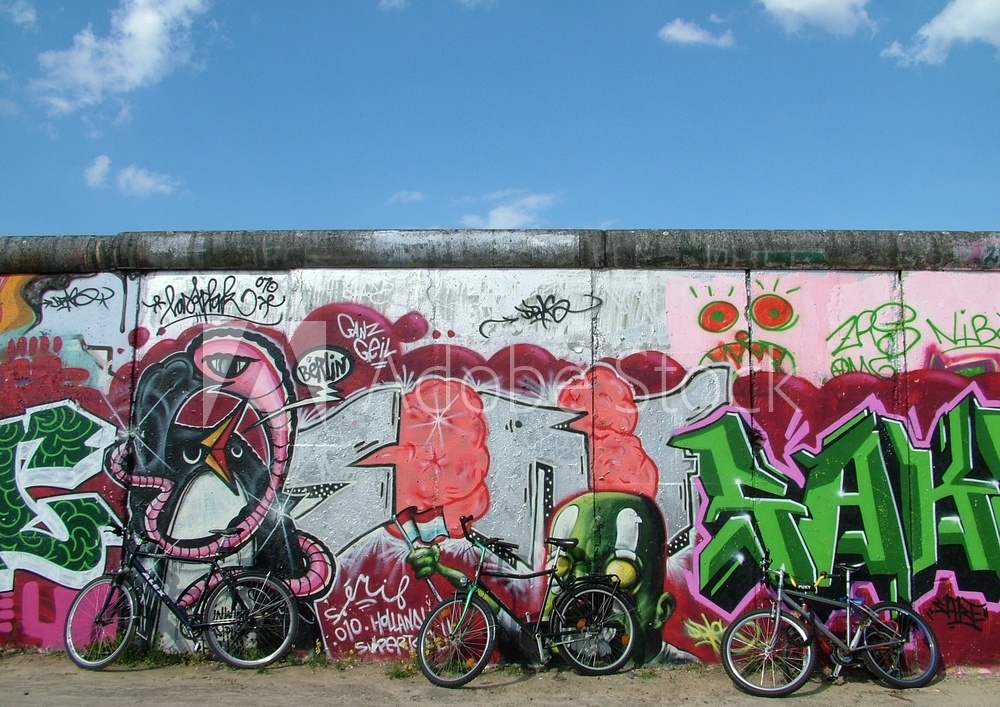 Should you ever find yourself in China, you may be tempted to hike the length of the Great Wall. Don’t. With trademark German efficiency, Berlin offers a near-identical experience, at a fraction of the cost and time. Most of the wall has been demolished, and you’re able to hire a bike, meaning you can cut your journey down from 18 months to 3 days.

Thank goodness we have learned from our mistakes. Giant walls of a segregation are a thing of the past, and no world leader would ever propose something so ridiculous again. 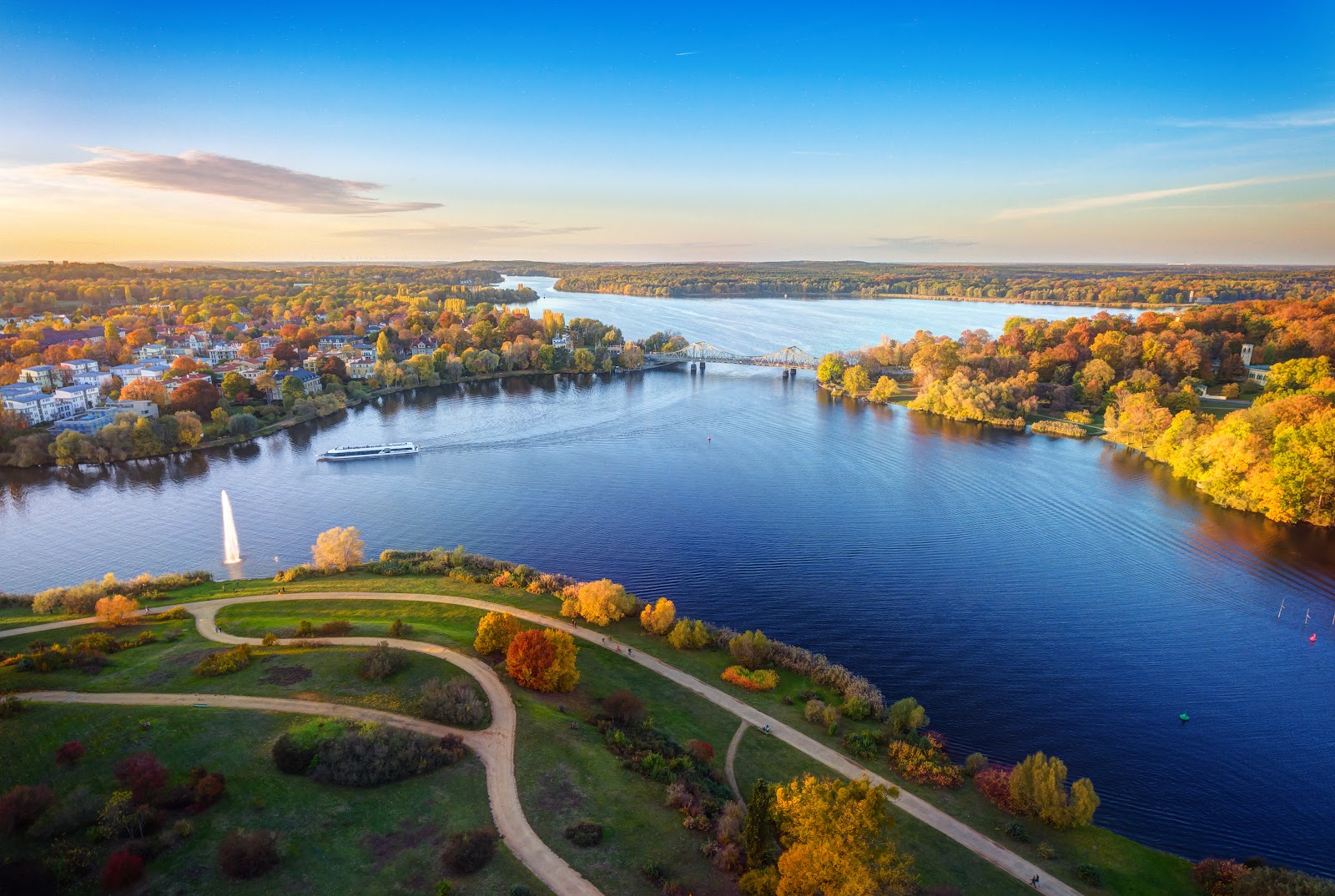 Think of Berlin, and a sunny day on a beachside might not be the first thing that comes to mind. However, the city and its perimeter contain an expansive network of 80 lakes. Buy an inflatable swan, pack a picnic basket of currywurst, and head off for a day of water and sun. Some are busier and beachier – bustling with beer bars, sunbathers, playgrounds and food vendors (in case you run out of currywurst). Others are more idyllic and surrounded by fringes of leafy green forest. Whatever floats your lilo. 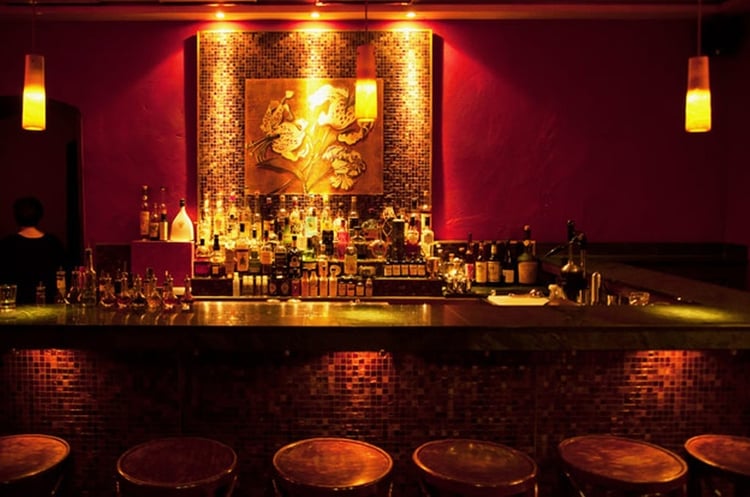 Apparently there are loads of these, but we just couldn’t find any.